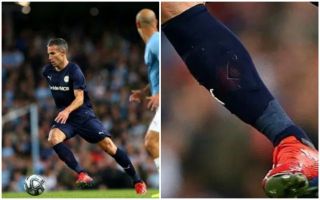 Robin van Persie was back on the pitch for the first time since his retirement yesterday as he played in Vincent Kompany’s testimonial.

The former Manchester United striker celebrated his return to the Etihad Stadium with another goal there as he netted a fine effort against a Manchester City Legends team.

On top of that, the Dutchman showed his love for old club Man Utd as he was spotted wearing socks with their logo on, as reported by the Metro.

See below for a zoomed in look at what is clearly the United logo underneath his main socks – a Red Devil through and through! 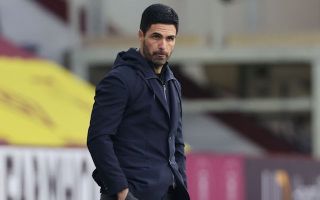 ‘He’s an example to everyone else’ – Steven Gerrard lauds Rangers signing that he had to fight Vincent Kompany for Jan 2 2021, 11:29
Rangers FC