Ole Gunnar Solskjaer could really use a win this weekend and Leicester City will provide a formidable opponent despite United having home advantage. Reports suggest that Solskjaer could be about to put even more faith in the youngsters with some notable names missing from the U23 side tonight.

Samuel Luckhurst confirmed on Twitter that Angel Gomes and Tahith Chong were not involved in the U23 game against Fulham this evening:

Brandon Williams and James Garner starting again for the U23s. No surprise there’s no Gomes or Chong. #mufc

Considering how highly rated the two youngsters are, it strongly suggests that both could be involved in some way against Brendan Rodgers’ side tomorrow.

United lost Alexis Sanchez and Romelu Lukaku towards the end of the transfer window this Summer, and they didn’t make any notable moves to replace them.

Mason Greenwood has already featured in all of the Premier League games this season and it looks like United are happy to use a combination of Greenwood, Martial and Rashford to fill the void left by Lukaku’s departure to Italy. 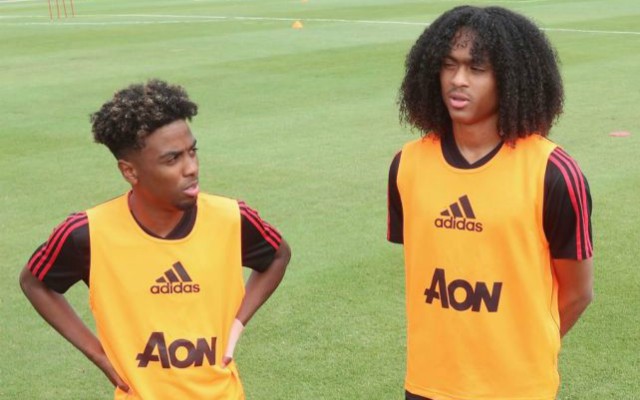 Chong and Gomes are still attack minded players but usually play in attacking midfield which suggests they will be getting a chance to prove themselves. Sanchez also went to Inter and Jesse Lingard has been woeful so far this season, so there’s definitely a space in the first team if someone can step up and take it.

Their performances over the next few months should also determine if United feel the need to be active in the transfer market come January, or if they can trust the young players to produce this season.