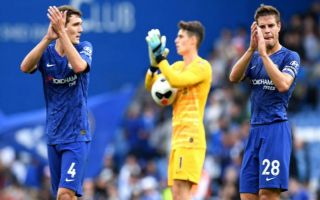 Chelsea manager Frank Lampard has hailed the club’s captain Cesar Azpilicueta and feels that the Spaniard is a top player.

Azpilicueta has made 342 appearances for the Blues since joining them from Marseille in 2012. So far, the 30-year-old has scored 9 times and has provided 43 assists.

This season, the Spanish international hasn’t been in the best of form and has received criticism for his performances. However, Lampard feels that his former Chelsea teammate will overcome his poor form and deliver for the team. As quoted by Goal.com, the Blues manager said: “Firstly, I played with Azpilicueta and I know him very well and he is the first player to stand up. The reason he is captain is because of that professionalism and attitude. He has been an incredible player for a club that has won a lot and he has been central to winning a lot. He is not just a bystander. He has been right in the middle of it all and he will be more critical than anyone of his form and what it means.

“He will be the first one who wants to address it every minute of the day in training. I think he is a big player for us and a big personality. I see no problem. I remember in my career countless times playing with better players than I was that had little moments in their career that, for whatever reason, people want to talk about. The top ones come through it. Azpilicueta is a top player and I don’t think there are any major issues. In the modern-day all eyes are on and if there is a bit of a mistake or a moment, people want to do that, and players have to put up with that. I have got no problem. Azpi will comfortably put up with that.”

Azpilicueta will have to improve on his performances for Chelsea if he’s to remain a regular in the first-team and wants to find a place in Spain’s squad for the Euros next summer. There’s every chance of the Spaniard improving and delivering for the Blues.

Chelsea have made a shaky start this season and are currently 11th in the Premier League table. They will hope to register a win to move up in the standings. 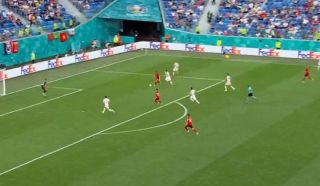 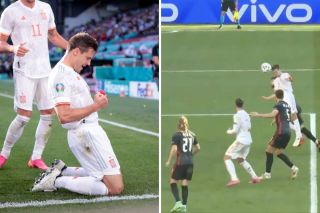