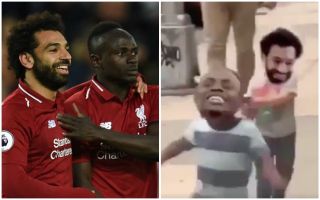 Liverpool secured a 3-0 win over Burnley prior to the international break, but there was plenty of talk over Mohamed Salah and Sadio Mane after the game.

As noted by the Metro, Mane was furious as he was substituted in the closing stages of the encounter, as he appeared to be ignored by his teammate when in a great position to score another goal just before coming off.

Although he was evidently hugely unimpressed at the time, Liverpool players past and present have since come out to play down the incident and insist that it won’t affect Jurgen Klopp’s side moving forward.

There would have perhaps been some concern over the relationship between the pair given their importance to the Merseyside giants and how it could impact their general play and pursuit of trophies this season, and perhaps we’ll see whether or not anything has changed when they face Newcastle Utd on Saturday.

Nevertheless, it doesn’t appear as though the duo are still on bad terms as after Sadio Mane joked with James Milner on Instagram over the reason behind his reaction, Salah has now seemingly put to bed any talk of issues with his Liverpool teammate by posting the video below.

It’s a genius bit of work from Norwegian TV channel TV2 Sumo, and it appears as though Salah was certainly a big fan of it.

That would suggest that everything is fine between the Liverpool stars, and they appear to be having a good laugh about it and perhaps at the reaction that has followed the incident.

Should a similar scenario arise this weekend though, it will be interesting to see if Salah is affected at all or whether he continues to play his usual way and in turn if that forces Mane to cut a frustrated figure again.