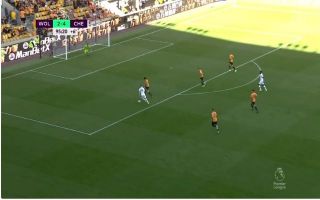 There were quite a few doubters, myself included, about Frank Lampard’s team selection and choice of formation for Chelsea’s trip to play Wolves today. Was he trying to be too clever? No, it turns out he knew exactly what he was doing.

All five goals were scored by graduates of Chelsea’s youth system. While Tammy Abraham will rightly take the headline with his hat trick, Mason Mount also showed his class as he scored a lovely late goal to add some gloss to the scoreline.

READ MORE: Video: Tammy Abraham shows he belongs in the Premier League with superb turn and finish to put Chelsea 2-0 up

He turned the defender inside out before stroking a lovely finish into the far corner:

Mount was great for Derby last season but has already shown he is more than good enough for the top level. This strike is his third Premier League goal of the season in only five games.

After a shaky start, the future is looking pretty bright for Frank Lampard and Chelsea right now. 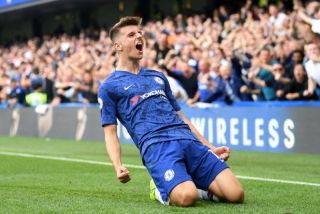