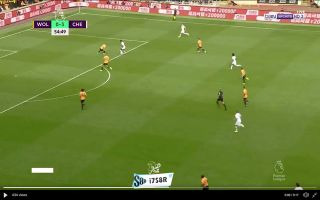 Tammy Abraham has become the Premier League’s top scorer after sealing a hat-trick for Chelsea against Wolves this afternoon, take a look at the lovely goal.

Chelsea ace Tammy Abraham secured a hat-trick for the Blues against Wolves this afternoon in just the 55th minute of this afternoon’s Premier League clash.

Abraham’s three goals were scored in just over 20 minutes, making this one of the competition’s quickest hat-tricks.

Check out the star’s brilliant header just before halftime.

Abraham then dazzled Wolves’ captain with a sensational piece of skill before slotting the ball into the back of the net with a lovely side-foot finish.

Here’s how the ace completed his hat-trick:

Abraham is now leading the league’s scoring charts, what’s just as impressive is that his season goals have come in Chelsea’s last three appearances (including today’s clash).

The 21-year-old is showing his superstar rivals that they can’t count him out of contention for the league’s Golden Boot award. 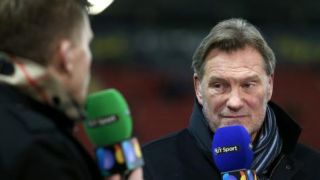