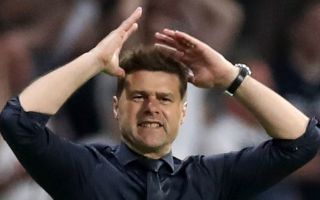 Tottenham Hotspur star Christian Eriksen is reportedly waiting for Real Madrid to sign him in January.

Los Blancos were linked to the Danish international this summer with a report from Diario Gol claiming that the 27-year-old agreed on a move to the club. However, no deal was materialised and Eriksen is still in North London.

Spurs offered him a new contract which would see him earn £230,000 -a-week according to Football Insider. However, Marca claim that the Danish international has rejected all contract offers as he is holding out for a move to Real Madrid in January.

Eriksen’s current contract runs out next summer which means that he can discuss a transfer with other clubs in January. Given that the 27-year-old has not signed a new contract yet, Tottenham will certainly prefer to sell him in January for a decent transfer fee rather than let go of one of the best attacking midfielders in the world for nothing in the summer.

Eriksen has featured in all of Spurs’ matches so far, scoring against Arsenal last month. The Danish international will most likely start in today’s fixture against Crystal Palace.