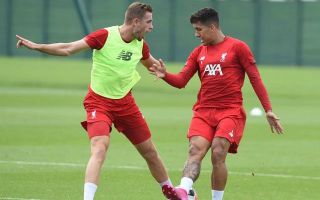 Klopp dropped Henderson and Roberto Firmino for yesterday’s fixture at Anfield. While the latter did enter the match as a substitute, the Liverpool skipper was on the bench the whole time.

Henderson is not only a key player for Liverpool but also for England. He featured in both of the Three Lions’ Euro qualifiers against Bulgaria and Kosovo. Given that the Reds next face Napoli in Naples, maybe benching Henderson was the right thing to do as he’ll be fresh as a daisy for Tuesday’s encounter.

Despite the absence of the England international. Liverpool came from behind to beat Newcastle 3-1 thanks to a brace from Sadio Mane and a goal from Mohamed Salah.

With five wins out of as many matches, Klopp’s men will be eager to start their Champions League campaign on a winning note. However, it will be very tough to beat Napoli in their own backyard. The last time Liverpool faced the Gli Azzurri at the Stadio San Paolo, the latter went on to win 1-0 thanks to a late winner from Lorenzo Insigne.