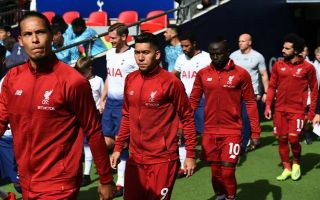 Liverpool centre-back Virgil van Dijk has hailed Roberto Firmino and feels that the Brazilian is one of the most important players for the Reds.

The 27-year-old was on the bench for yesterday’s match against Newcastle United but came on as a first-half substitute after Divock Origi twisted his ankle.

Firmino made an immediate impact as he helped set up Sadio Mane’s second goal of the match which saw Liverpool take the lead. The Brazilian later provided a beautiful assist for Mohamed Salah’s goal as the Reds beat Newcastle 3-1.

Van Dijk was full of praise for Firmino following the match. As quoted by Liverpool’s official website, the Dutch international said: “He’s a very important player for all of us. I know how difficult it is for a centre-back if the striker is dropping – you don’t want to go as a central defender. He is making life difficult for any defender in the world. He is so good and I’m very happy he’s in my team.”

Firmino has had a very good start to the season, scoring twice and assisting thrice. The Brazilian’s brilliant play up front has been very helpful for Salah and Mane while he himself has ended up scoring. We are bound to see more mesmerising performances from Frmino as the season progresses.

Liverpool start their Champions League campaign against Napoli on Tuesday at the Stadio San Paolo. The Reds lost to the Gli Azzurri last season when they played in the latter’s home turf thanks to a late goal from Lorenzo Insigne.