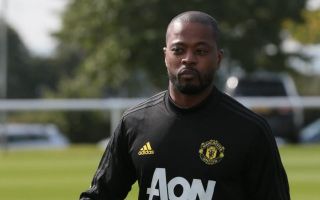 Manchester United legend Patrice Evra is proving a great presence back at the club as he does his coaching badges.

The Frenchman recently retired from playing after a great career and is now back with the Red Devils as he prepares for a post-playing career in coaching.

United Under-23s manager Neil Wood has spoken about how good Evra has been with the club’s youngsters as he’s spent time with both the U23s and U18s.

“It’s great for the players. Patrice has been in and around the club all week and mixing through the age groups and speaking to the boys,” Wood told the Manchester Evening News.

“Just his influence here – he’s here doing his coaching badges – just to have him around. He’s a club legend. He’s been fantastic for the players and for the staff as well.”

I can’t Describe how I feel right now !!! Just wearing that training coach kit made me one of the most happy man thank you @manchesterunited for helping me to complete my coach badges!!! Day one done ✅ #ilovethisgame #positive4evra #love #family #manchesterunited

Evra remains a real favourite among MUFC supporters all these years after he left the club, so they’ll no doubt be delighted to hear he’s having a positive impact in his brief return to Old Trafford. 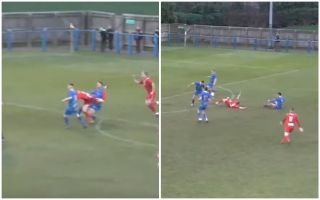 It remains to be seen if 38-year-old can be a success as a coach, but this certainly sounds like a good start.

A bubbly personality on social media, it’s easy to imagine Evra would lift the mood at most clubs, if nothing else, but of course he’ll now surely be focused on putting his experience from his successful playing career to good use.