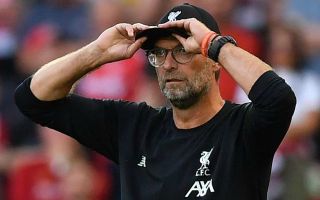 After registering their 14th successive Premier League win in a row, Liverpool start their Champions League campaign against Napoli at the Stadio San Paolo in Naples on Tuesday.

The Reds have been drawn into a fairly easy group alongside the Serie A runners-up, Red Bull Salzburg and Genk. Jurgen Klopp’s side start off against Carlo Ancelotti’s Napoli who were in the same group as them last season as well. The Gli Azzurri beat Liverpool when the two sides faced in Naples thanks to a late winner from Lorenzo Insigne.

MORE: Liverpool star told the one way he can improve in slightly bizarre criticism from pundit

Tuesday’s match is at that very venue and promises to be a very thrilling contest. Napoli have a pretty strong squad which gave Juventus a run for their money in the Serie A meeting between both sides a couple of weeks back.

It surely won’t be an easy match for Liverpool but the team has improved since their last match against the Gli Azzurri in Naples.

However, the absence of Alisson in goal is a major blow for the Reds. The Brazilian’s sensational save from Arkadiusz Milik’s shot was a decisive factor in Liverpool beating Napoli at Anfield. However, the 26-year-olds calf injury prevents him from being on Klopp’s team sheet on Tuesday.

In Alisson’s absence, Adrian will undoubtedly be between the sticks. The 32-year-old has so far done pretty well for Liverpool and will be hoping to be at his best when he’s up against the likes of Insigne and Mertens.

Klopp will likely opt for a back-line consisting of Alexander-Arnold, Matip, Van Dijk and Robertson. However, it wouldn’t be much of a surprise if Joe Gomez comes in for Matip since Liverpool play Chelsea this weekend.

In midfield, Fabinho will obviously be in the squad while Jordan Henderson should be back in the lineup after being an unused substitute against Newcastle. Gini Wijnaldum and Alex Oxlade-Chamberlain are always contenders for a spot in the starting XI but there’s a chance Klopp might start with James Milner. Given Liverpool’s schedule, Klopp will certainly try his hand at rotating the squad and the 33-year-old seems a fair addition to the starting XI.

If the Reds are to win in Naples, they will need to have the trio of Salah, Mane and Firmino. Last weekend, Firmino had to be brought on because Divock Origi sustained an injury. Having featured regularly this season for club and country, Klopp might rest the Brazilian so that he’s fit for the match against Chelsea this weekend. Hence, there’s a chance Xherdan Shaqiri could get his first start of the season. The Swiss international could start as a right-winger while Salah could be in the centre. 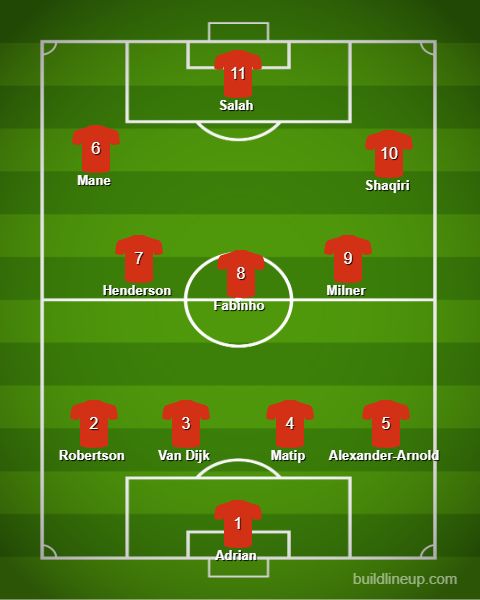