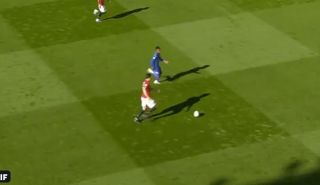 The Red Devils signed Maguire from Saturday’s opponents Leicester during the summer, and superb pieces of play like this one in the video below show why they spent all that money on him.

There are two ways to tackle the new week: with elegance and style, like @HarryMaguire93…#MUFC #MondayMotivation pic.twitter.com/HgFHLzW9mA

The England international not only does brilliantly to get back and kill Leicester’s attack, but he is then able to get United on the front foot again with his fine touch and skill.

Maguire and United haven’t perhaps made the most convincing start to the new season, but fans can take encouragement from moments like this from their summer signing as he starts to settle in.