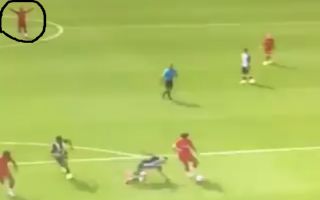 Virgil Van Dijk was so confident Salah would score against Newcastle on Saturday that the Liverpool ace started celebrating the second the forward picked up the ball.

Liverpool beat the Magpies 3-1 on Saturday afternoon, as they continued their perfect start in the Premier League this term.

Goals from Salah and Mane ended up proving to be the difference between the two sides last weekend, as Klopp’s men won yet again in the league.

Salah’s goal came after he picked up the ball from Firmino before running through and slotting him with his left, and as you can see in the video above, Van Dijk knew he’d score the moment the Egyptian touched the ball a good 20 yards from goal.

Given Salah’s record since joining Liverpool, you can’t really blame him!