There’s nothing more exciting than seeing a player burst on to the scene from absolutely nowhere and you suddenly start to think they could be integral to their team. Barcelona spent their entire Summer trying to bring Neymar back to Spain, it turns out the team could be improved by promoting from within rather than spending hundreds of millions of Euros.

Ansu Fati starts tonight against Dortmund so he already has the record of being Barcelona’s youngest Champions League debutant in the bag, but there could be an even bigger record in store for him. Samuel Marsden tweeted to confirm he could be the youngest goalscorer in Champions League history:

He does start in place of Lionel Messi but the Argentine is still coming back from injury so Barca may hope they don’t need to call on his services tonight. Ansu has already scored twice this season so you certainly fancy his chances of getting a goal.

READ MORE: Barcelona wonder-kid Ansu Fati has decided which country he wants to play for

You can be forgiven for not being familiar with the current record holder. Peter Ofori-Quaye had a promising start to his career at Olympiacos, especially when he took the youngest scoring record with a goal against Rosenborg aged just 17 years and 195 years old. He didn’t live up to expectations and bounced around clubs in Greece, Cyprus and Israel before returning to Ghana. 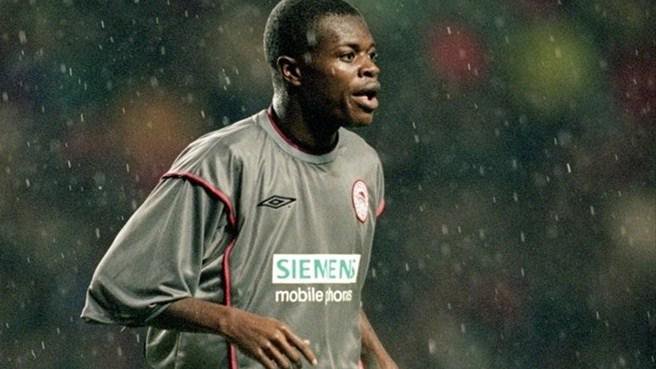 Peter Ofori-Quaye in action for Olympiacos

Ansu doesn’t turn 17 until the end of October so he should get a few chances to take the record from Ofori-Quaye, but you have to fancy him to at least go on to have a much better career than the Ghanaian did.

This game has so many intriguing things to look out for, particularly for English fans who want to see how Jadon Sancho will fare against one of the best teams in the world. Ansu Fati just adds an extra thing to watch out for.