As a passionate advocate of the Scottish leagues it does almost pain me to write this, but Virgil Van Dijk is one of the best players in the world so it’s not particularly shocking to hear he was far too good for Celtic and the Scottish Premiership. A story from a former opponent shows just how good he is.

Now before we get into the story, Cillian Sheridan is not a world beater so you would be fairly hopeful most Premier League defenders would be able to shackle him. He’s still has a good career and was once a promising young striker at Celtic before bouncing around some other Scottish sides.

He shared this story on Twitter which suggests the now Liverpool star didn’t have a particularly tough time against him in one game:

The accolades Van Dijk is getting now don’t surprise me one bit. I remember years ago in Scotland, about 2 mins into the game I noticed his laces weren’t tied. Tackles, headers, interceptions, he won everything against me. At full time I looked down….his laces were still untied

Looking at a history of both players it looks like this might have come when Sheridan was playing for Kilmarnock. 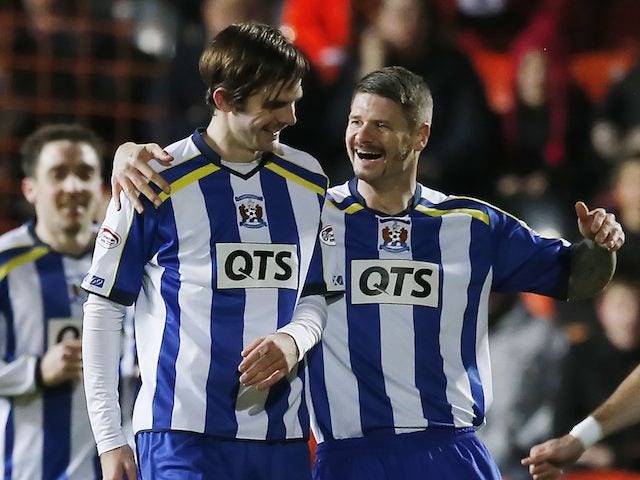 Sheridan in action for Killie

Van Dijk often gave the impression that he was strolling through games. Everything just looked so easy and it appeared he could just occasionally take on the entire opposition with the ball at his feet when he wanted to. He scored one goal against St Johnstone where he skinned the entire team and slotted the ball away with absolute ease.

While this story from Sheridan might not make its way into Van Dijk’s personal trophy cabinet, it’s still pretty funny and shows just how many levels above him he was. At least he gave us the dignity of still wearing boots and not just coming out playing in his slippers and a dressing gown.