Jamie Carragher has laid into Arsenal defender Sokratis recently following the centre-back’s performance against Watford at the weekend.

The Gunners drew 2-2 with the Hornets at Vicarage Road on Sunday, a result that came despite the away side being 2-0 up in the match.

Watford’s goal came through Arsenal’s shoddy defending, with both Sokratis and his defensive partner, David Luiz, failing to cover themselves in glory with their displays.

And following this, pundit Jamie Carragher has ripped into the Greek international, with the ex-Premier League star stating that the Gunners man is simply a “poor player”.

As per the Sun, when speaking about Sokratis on Sky Sports’ Monday Night Football, Carragher stated “Every time you watch him (David Luiz) play and Sokratis, they just regularly make mistakes. Arsenal’s defenders always give you a chance. I just think Sokratis is a poor player.” 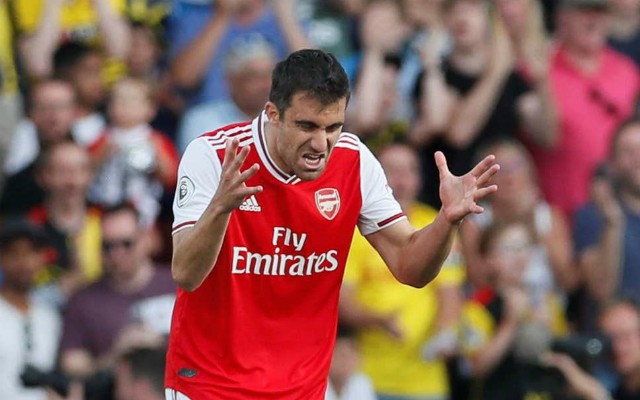 Given that the Gunners’ options at centre-back are fairly limited, we assume Sokratis will be playing a fair amount for Unai Emery’s side this year, something that isn’t a good thing if his performance against Watford is anything to go off.

Given that the club still have Rob Holding to return from injury, it’ll be surprising if both Luiz and Sokratis start for the Gunners once the Englishman completes his comeback from injury.

When that day comes, we could see the Greek defender dropped in favour of Holding, something that’s probably deserved given how he’s played so far this year…