Liverpool may need to make one small change to their line up as they take on Napoli in the Champions League.

The Reds are back in action in Europe’s top club competition tonight as they travel to Naples to begin the defence of their European crown.

Jurgen Klopp may well be able to field his full-strength XI, but it seems there could be a chance of left-back Andrew Robertson not being involved.

As noted on the club’s official site, the Scotland international did not take part in training on Monday, so it may be that he isn’t quite fit enough to start in Italy.

If so, we think the best option for Klopp could be to move Trent Alexander-Arnold into a new role on the left-hand side, with Joe Gomez replacing him at right-back.

Here’s our possible Liverpool XI below… 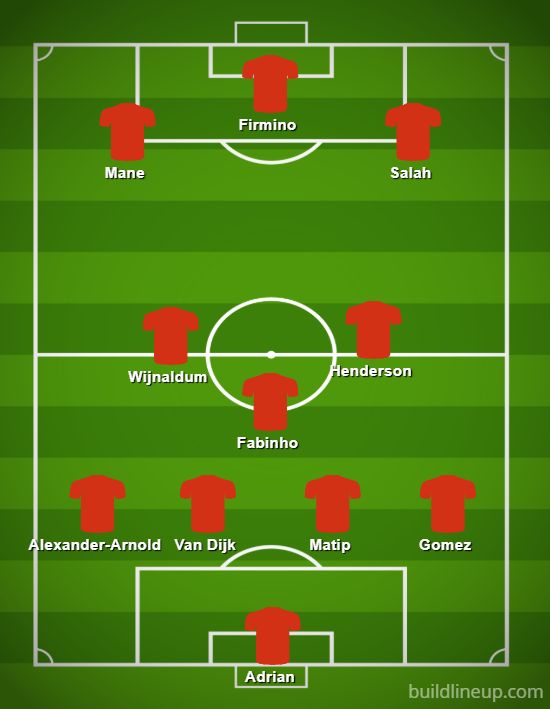 It’s far from ideal for such a big game, but Liverpool don’t really have any other options at left-back after losing Alberto Moreno as a backup in the summer.

Gomez is solid enough at right-back, even if he is better suited to central defence and doesn’t provide the same attacking outlet as Alexander-Arnold and Robertson.

Still, Alexander-Arnold is talented enough to do his thing on the other flank and continue to give LFC that threat moving forward.