There are so many things that make the prospect of Erling Haaland moving to Man United an intriguing and almost too obvious transfer waiting to happen. It looks like the fans would certainly welcome him with open arms.

Haaland came through the youth system at Molde and eventually broke into the first team under Ole Gunnar Solskjaer. He’s the first teenager to score a hat trick in the Champions League since Wayne Rooney did it for Man United and his style just looks like the perfect fit for Solskjaer’s system. 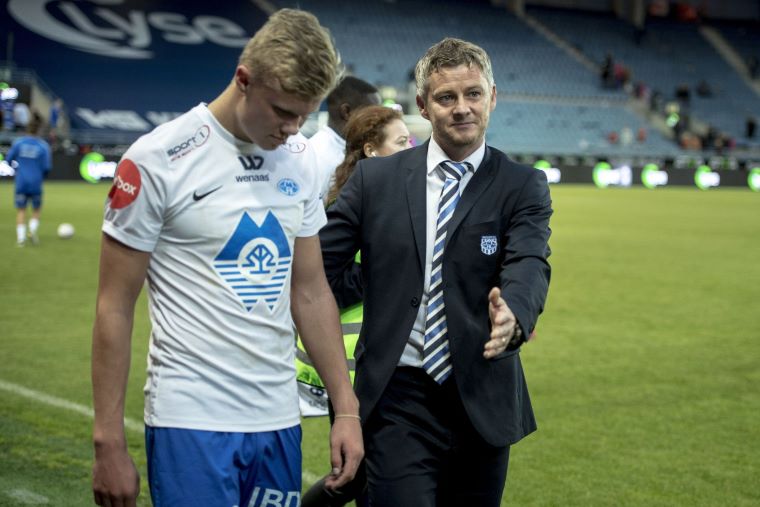 Haland and Solskjaer worked together at Molde

The start to the season has shown that United could do with a replacement for Romelu Lukaku and Haaland almost looks like he could be an upgrade. He’s direct, quick, tall and incredibly prolific. His hat trick tonight takes him to 17 goals already this season and he already looks destined for a higher level.

One potential sticking point will be if his father holds any grudges from his past. Alf-Inge Haaland played for Man City and was on the end of the terrible tackle from Roy Keane, but you wouldn’t expect that to get in the way of his son’s career.

The young star was linked with Man United by VG via The Manchester Evening News and these fans on Twitter seem to be very excited at that prospect:

Haland to United seems like a reasonable and natural move for both parties. Worked with OGS before who is a Norwegian legend. United also have a huge fan base in Scandinavia so it would be great commercially.

We should be doing all we can to get Erling Braut Haland @ManUtd , the boys a beast! #MUFC #UCL #ChampionsLeague #FCSGNK

All I want is Big Erling Braut Håland and Wee Jadon Sancho at United.#ucl #haland pic.twitter.com/i9UHcwgwwS

Would love to get Haland at United in January , doubt his Aul lad would be too impressed tho.

United find themselves in a situation where they can’t realistically go out and sign one of the world’s best players at this point in time. They need to take a chance on someone at a slightly lesser club or a young talent ready to make a step up.

Haaland looks like the ideal sort of signing for Solskjaer in January or next Summer, but for every goal he scores that price tag will continue to rise…