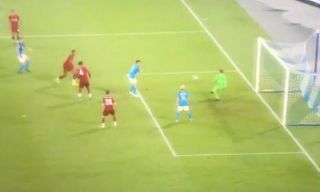 Liverpool goalkeeper Adrian was in fine form against Napoli on Tuesday night as he produced an excellent double save.

The ball eventually ended up in the back of the net but the flag went up for offside to rescue Liverpool. However, that was after the Reds shot-stopper denied Fabian Ruiz twice.

As seen in the video below, the Spaniard firstly denied his compatriot from distance, and was alert enough to get back to his feet and be on hand to stop him again with a second attempt.

At that point, the linesman stepped in to give him some respite, but ultimately the double save was crucial to avoiding Liverpool conceding the first goal of the game with both sides threatening in a rather open start to their clash.

Adrian has shown his quality since being asked to step in after Alisson’s injury setback, and he proved to be pivotal early on in Naples. 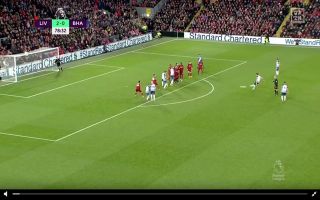