Former Premier League striker Darren Bent thinks Crystal Palace winger Wilfried Zaha must have had his heart set on a transfer to Arsenal this summer.

Speaking to Football Insider, Bent claims Zaha is an Arsenal fan and discusses why the potential move makes sense, even if he doesn’t know if the deal will be revived in January.

It seems likely that the Gunners no longer need Zaha after signing Nicolas Pepe in his position this summer, though i News stated at the time that the Eagles attacker was still on their agenda even after the signing of his fellow Ivory Coast international.

Chelsea have also been linked with Zaha and could do with an attacking player of his quality to replace Eden Hazard.

The Sun have stated the 26-year-old would be a target for the Blues at around £80million this January if they get their transfer ban lifted, so they’ll be hoping the player is open to other offers other than Arsenal.

Wilfried Zaha has been linked with Chelsea and Arsenal

“With Arsenal only putting up £40million, he was never, ever going to get to leave for that price. Arsenal’s the team he supports, it’s in London, probably wouldn’t have to move house – all these things come into play.

“What happens at the end of the season or even in January, I do not know.” 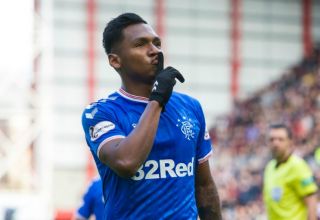