The Blues succumbed to a 1-0 defeat against Los Che in their Champions League groups stage opener last night, with a goal from Spaniard Rodrigo proving to be the difference between the two sides at full time.

During the second half, the home side had the chance to equalise from the spot following a handball which was given by the referee, with Barkley, Willian and Jorginho all looking to take the spot-kick.

The England international ended up being the one to take the penalty, however he ended up skying his attempt over the bar as he failed to draw the west London side level at the death. 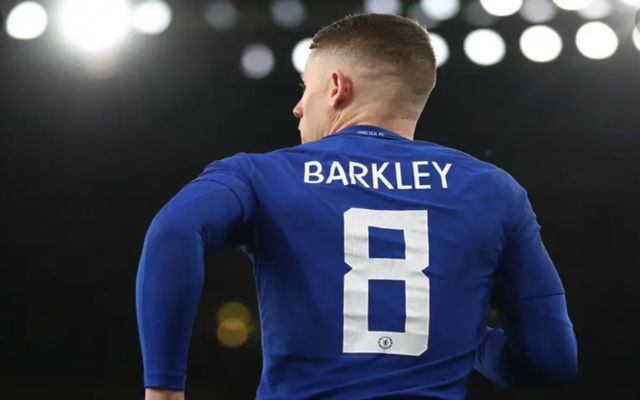 Following this incident, one could predict that there may have been some heated words said in the Chelsea dressing room come full time regarding Barkley’s insistence on taking the penalty.

However, according to Frank Lampard, Chelsea’s squad were far from fuming with Barkley’s missed penalty.

As per the Mirror, when asked about whether there was some unrest in the Blues dressing room come full time, Lampard replied “Of course not. We’re here to win and the only disappointment – Ross as much as anyone – is that we didn’t score the penalty to then have five minutes to win the game.”

Lampard then added “I took penalties and I missed some but it comes with the territory. There’s no issue in the dressing room, we just wanted a result.”

It’s nice to hear no Chelsea players kicked up a fuss with Barkley’s spot-kick come full time, as any moaning would’ve surely caused the player’s confidence to take a significant hit.

It’ll be interesting to see who takes Chelsea’s penalties going forward, and whether Lampard’s instills his faith in Barkley going forward regarding his side’s future spot-kicks.