It’s become fairly fashionable these days to appoint a manager who played for the club and will understand the culture and demands of the fans. If any club has a history of getting that right it’s Barcelona, with Pep Guardiola being the shining example. Their current boss is under a bit of pressure and it looks like a legendary ex player is being lined up.

This comes from a report on Goal.com which discussed some comments made by Samuel Eto’o about his former teammate Xavi.

The story suggests that Ernesto Valverde is already feeling a bit of pressure after only winning two of his first four La Liga games this season and it’s just never felt like he’s established himself as being untouchable in the job.

Eto’o hinted that Xavi would be the ideal man to replace Valverde, he even joked he “would kill” Xavi if he didn’t end up managing the club.

It’s pretty easy to make some comparisons between Guardiola and Xavi in terms of their style as players at Barcelona, but it’s hard to say if Xavi would be a successful manager or not. He currently manages Al Sadd in Qatar but there’s no real comparison between that league and what he would be faced with at Barcelona. 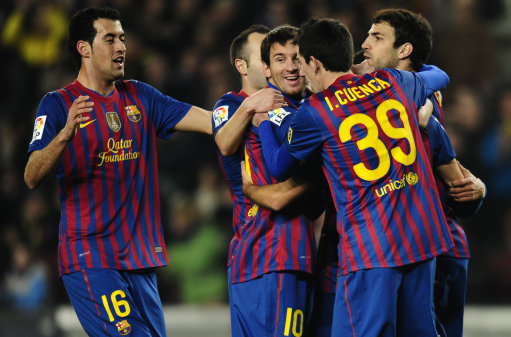 Xavi will be popular with the Barca players

At least he would be assured of having the respect of the main players in the dressing room which is a huge thing at the biggest clubs. If the players don’t like you as a manger, then you can be pretty sure you wont last long.

Valverde may still be feeling the heat after the capitulation against Liverpool in the Champions League last year, so any more poor results could be a big problem for him.

You have to think Barca would have no problems convincing Xavi to return to Spain and take the job, and it would be truly fascinating to see how they performed if that does happen.