It seems that some managers somehow manage to live off past reputations despite being sacked multiple times. Jose Mourinho looks like a coach who the game has left behind, yet some Real Madrid fans are desperate to see him go back to replace Zinedine Zidane.

I still think its completely plausible that the Real Madrid president is petty enough to have brought Zidane back to the club this Summer just so he can sack him. Zidane left after a successful spell and seems to be one of very few Real Madrid managers to leave on his own terms.

READ MORE: Real Madrid ace named captain vs PSG on the night he will break a notable record

There’s also a weird fascination with Jose Mourinho in Spain, his first spell in charge of Real was an almighty disaster as he managed to fall out with everyone apart from Diego Lopez – presumably because he got to play instead of Iker Casillas. 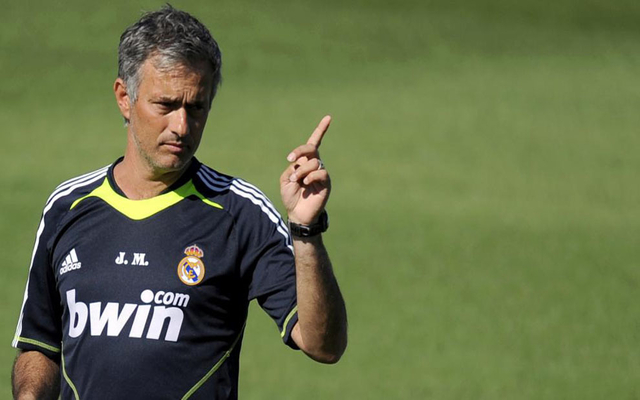 This current squad looks like it can implode at any moment, new signings Luka Jovic and Eden Hazard seemed to be getting criticised before playing a competitive game and they almost threw away a 3-0 lead at home to Levante last weekend.

Tonight’s defeat to PSG shows they are miles away from competing for the Champions League at this point. Could Eden Hazard be confronted with the sight of Jose Mourinho in the dugout again?

These fans on Twitter certainly seemed positive about the prospect of Mourinho coming back to the club:

Only a matter of time before Mourinho to Madrid happens

The spectre of #Mourinho looms…

The greatest club will turn to the best manager in the world…#RealMadrid #ChampionsLeague #PSGRMA https://t.co/AjE4j4i7dG

Real Madrid need to give Josè Mourinho a call.

It’s also embarrasing for Zidane when we spent a whole Summer hearing about how he wanted to see players like Gareth Bale and James Rodriguez move on, yet he’s now forced to play them in the biggest games.

It looks like the end for Zidane is already coming, but will Mourinho be the saviour Real Madrid need? Or will he simply enable them to completely self-destruct? Either way it looks like Paul Pogba might have been fortunate to escape being managed by Mourinho again after staying at Old Trafford this Summer.