Real Madrid’s 3-0 defeat to Paris Saint-Germain this evening may not even prove to be the club’s biggest loss of the night, this ace was brought off because of injury concerns.

According to Marca, Real Madrid superstar Eden Hazard was substituted for Los Blancos in the 70th minute of this evening’s 3-0 defeat to Paris Saint-Germain because of injury concerns.

It’s claimed the the attacker felt some discomfort during the Champions League clash and this was the reason why he was hauled off for Luka Jovic.

Fans of the La Liga giants will be left distraught by the news, the ace has only just recovered from a lengthy spell on the sidelines which put his competitive debut on hold.

Sky Sports revealed that Los Blancos struck a deal for the Belgian with Chelsea that could rise to a whopping £130m if bonuses are met. 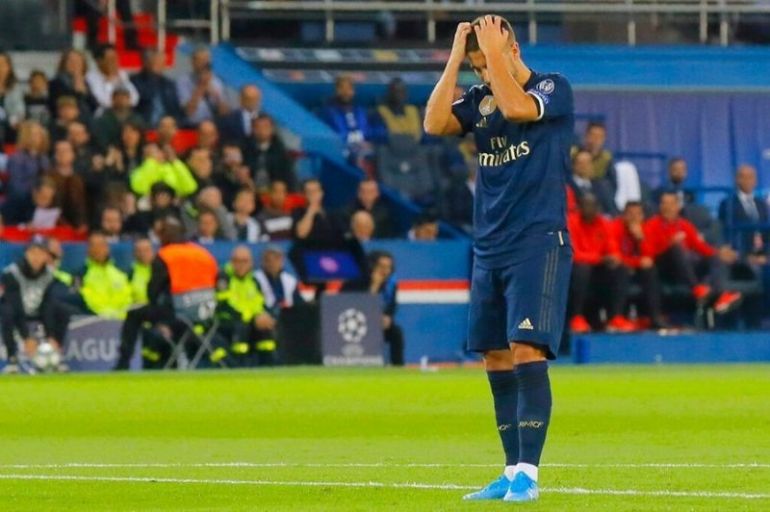 It would be heartbreaking to see Hazard’s dream move to Madrid shattered by injury problems, football fans should be hoping that the 27-year-old is just suffering some minor issues.

There’s no doubting that the Belgian superstar is one of the most exciting players to watch in the world. Also, unlike many other world class stars Hazard has always shown the football world that he’s a classy individual and a great model, we hope to see him back on the pitch soon.