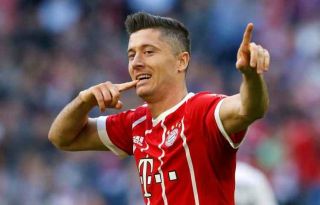 It certainly wouldn’t be an overstatement to say that Robert Lewandowski is one of the hottest properties in the world of football. Fans across Germany go berserk whenever he takes the field for Bayern Munich. In the 2018-19 Bundesliga season, Lewandowski was seen ruling the scoring charts. He finished the season with 22 goals.

Lewandowski was roped in by Bayern Munich in 2014 in a bid to bolster the team’s forward lines. In all fairness, Lewandowski’s signing came as a shot in the arm for Bayern Munich. They haven’t lost the Bundesliga since 2014, and Lewandowski deserves a fair share of credit for that.

Of late, a lot of Premier League clubs have been chasing the Polish goal machine in order to secure his services. Chelsea and Manchester United have been quite vocal about their interest in Lewandowski. Many believe that he would put to rest the current set of problems being faced by both of these clubs. Manchester United haven’t been able to find a consistent striker.

Alexis Sanchez’s inclusion in the side seems to have made matters worse for the Red Devils. Since being roped in by Manchester United, the Chilean striker hasn’t been able to make his presence count.

Chelsea are encountering woes of a similar type and kind. They too had been looking for a striker after Eden Hazard shifted base to Real Madrid. His absence seems to have left a hole in Chelsea’s attacking line. Lewandowski would have been the ideal replacement for Eden Hazard, but unfortunately the 31-year-old has agreed to stay at the Allianz Arena till 2023.

Many of the finest players in the world of football ply their in the UK. One can easily say that the money and recognition that comes along with English football is too formidable a force to disrupt.  If Lewandowski decides to part ways with the Bavarian giants at some point in the foreseeable future, then he can think of shifting base to the UK.

Fans would certainly love to see Robert Lewandowski playing for Chelsea or Manchester United. He’s a world-class striker and has a huge fan following in the UK. His fans want to see him playing for some of the biggest and the most celebrated football clubs.  Premier League tickets are bought and sold in large numbers because fans want to catch a glimpse of their favourite football stars.

What does Lewandowski think?

Lewandowski has always been quite vocal about his desire to establish a career in Spain. His agent has been trying to materialise a move to Real Madrid, but his efforts haven’t come to fruition yet.  The La Liga is being dominated by Barcelona after Ronaldo decided to leave Real Madrid for a career with Juventus. Since Cristiano Ronaldo’s departure, the giants from Madrid have been struggling to compete against the mighty Barcelona. Lewandowski’s signing would have bolstered the side’s chances of winning the La Liga.

Should Lewandowski play in the Premier League?

Well, why not. Fans would simply love this. Plus, he’d get a lot of exposure while playing in the Premier League. The money involved just cannot be undermined. The Polish star happens to be a hot property in the world of football, which means other teams would be willing to spend heavily in order to secure Lewandowski’s signature. Premier League is where every footballer wants to be. Book your corporate hospitality packages right away if you wish to catch all the live action.

Are you still confused? Well, get in touch with your mates before shortlisting anything. 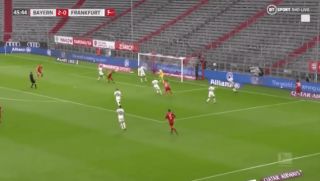