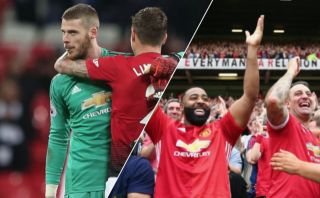 Man United fans headed over to Twitter this afternoon to express their delight at the news that Victor Lindelof has agreed a new long-term deal with the club.

As per the club’s official website, the Swedish international has penned a new deal with United, one that’ll see him stay at Old Trafford until at least 2024.

This news comes just days after the Red Devils announced that first choice ‘keeper De Gea has agreed to extend his stay with the club until 2023, as United seemingly look to focus on tying their key players down to new contract now the summer window has closed.

Lindelof has been a key part of United’s first team for a while now, with the Swede also being one of their most consistent performers during that time frame as well.

And now, it seems like the defender’s been rewarded for his form at Old Trafford in the form of a new contract.

Following this announcement, United fans took to Twitter to express their joy at seeing the 25-year-old agree a new with the club.

And given how important he’s been in regards to their first team plans recently, we can certainly see why they’d be so excited!

OMG THIS WEEK JUST GOT BETTER

The day just got a million times better.

THIS WEEK JUST KEEPS GETTING BETTER AND BETTER! pic.twitter.com/YHGmS6RhaG

Holy shit where did this news come from, outta nowhere. Let’s gooooooo!

love to see it