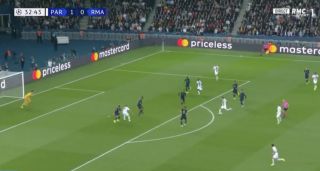 Di Maria scored his second goal of the game against Real Madrid today, as the former Los Blancos made gave PSG a 2-0 lead in their Champions League opener.

Having given his side the lead earlier in the first half, Di Maria then scored his, and PSG’s second, closer to half time.

Di Maria always turns up against his old teams pic.twitter.com/XQKd7g9rsB

After picking up the ball on the edge of the area, Di Maria lined up a left-footed strike, rifling the ball home past Thibaut Courtois to double his side’s advantage.