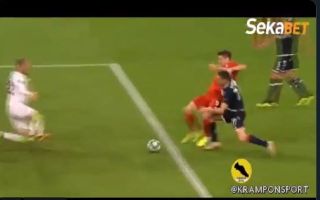 The level of punditry is becoming a bit of a national embarrassment. Perhaps the country has been too used to seeing idiots on TV making bold claims without being challenged that former footballers now think they can do the same.

Stephen Warnock set the bar for horrendous punditry when he claimed that Red Star Belgrade were a team with part-time players. That would be Red Star Belgrade, former European Cup winners, a team that paid millions of euros in transfer fees this Summer, a team in the Champions League, full of international players.

Now as misinformed as poor Stephen was, he could at least claim they defend like a part time team after watching the second Bayern Munich goal tonight. I’m sure the players were starting to tire but the defending is comical at best:

Robert Lewandowski gets his goal for Bayern Munich against Red Star!#FCBayern #UCL

To make things even worse for the Red Star players, presumably they have to be up early for their day jobs tomorrow too.