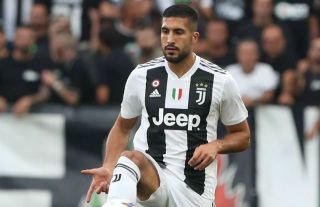 It’s been a difficult start to the season for Juventus midfielder Emre Can, but he continues to show his class off it regardless.

The 25-year-old has played just 30 minutes of football so far this season as it would appear as though he is going to struggle to make his mark under Maurizio Sarri after the coaching change this past summer.

Having also been left out of the club’s Champions League squad, time will tell just how much football he plays this season as ultimately the early signs aren’t particularly promising.

Nevertheless, having also been suspended for the clash with Atletico Madrid anyway on top of the squad snub for Europe, Can used his time off to show his classy side away from football.

As noted by Goal Italy, the German international visited his old school in Frankfurt and donated €10,000 to a school association to help them with providing support for victims of bullying.

It’s a wonderful gesture, but it also sounds as though it’s a well thought out one too given Can has made the donation to a specific area and organisation which he believes will actually do the work needed to help those who need it in a part of Germany close to his heart having grown up there.

In turn, while it’s not going to plan for him on the pitch with Juventus so far this season, it’s a wonderful gesture to do that while he had a couple of days off and he’ll be hoping that can eventually get things back on track under Sarri in the coming weeks.