We’re often told that players are playing for their future or desperate to take their chance to impress when they get a chance in the first team, but it often ends up with a poor performance that proves why they are out of the picture. That might not be the case tonight after some great performances from some Man United players.

Critics will say it was only a 1-0 win at home to a poor Astana side, but that doesn’t tell the full story.

Of course Mason Greenwood will get the headlines after his first senior goal won the game for united, yet it was the performance of Fred that caught the eye of many fans.

He’s only played in one other game this season and it looked like he would be on the way out at some point soon. He’s not been particularly impressive since making the move for a reported £52m last year, but it could be because it’s not been clear what his best role is. 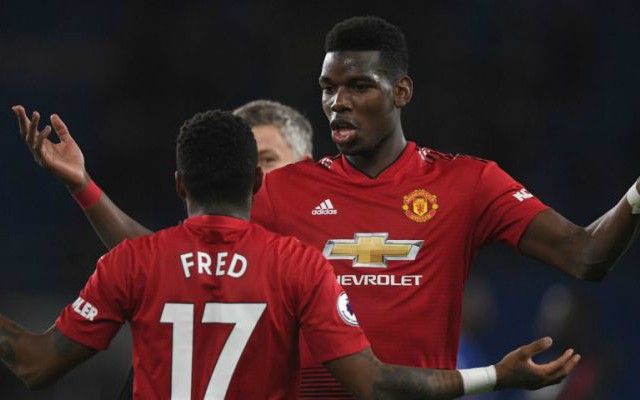 Could Pogba and Fred be a solid midfield pairing?

He showed tonight he’s good on the ball and can play with pace and energy. The midfield base of Scott McTominay and Paul Pogba can often look static, so the Brazilian would be able to offer something a bit different.

These fans on Twitter certainly seem to think he could merit more playing time:

Hope to see Gomes, Greenwood, Fred and Rojo in the lineup on Sunday.

Great game!
Credit to the Astana goalkeeper. We could’ve easily won it by 3-0 but he made some great saves.
Nevertheless, we also lacked clinical finishing. We had too many chances but couldn’t make them count.
Ohhh and Fred needs to play more often. He was solid tonight.

once again another good performance from fred

Fred, Jones and Rojo bossed it. Rashford was awful.

Fred has to start the weekend!

Mason Greenwood, Gomes and Fred clearly deserves more and more game time in our regular playing xi. Tahith Chong was really poor today. As for Rashford, I am pretty sure that guy is not the right person to play as a CF. Need Martial back asap.

It will be interesting to see if any of the fringe players who played tonight will get a chance against West Ham on Sunday. It’s possible they might still be tired so there could be a further chance to impress when Rochdale visit Old Trafford next Wednesday.

Solskjaer certainly has some decisions to make, but good performances can only be a good thing as he tries to settle on his best XI.