It’s often said that football fans won’t question where the club’s funds are coming from as long as the team is successful on the pitch. This could test the limits of that theory, as Sheffield United have received investment from the family of one of the most notorious terrorists.

The news comes from a Daily Mail report about some comments made by the Sheffield United co-owner Prince Abdullah. He said: “I really am offended when the Bin Laden family are given a bad name. They are a very respectable family.”

He went on to defend them by saying: “‘It is a really good family. It had a black sheep as most families do but it’s a really respectable family and if I do business with them again, I’d be happy to. ”

READ MORE: “Why not a lifetime ban?” These fans suggest the FA should set an example as Peter Beardsley banned for horrific racist comments

To be honest, it’s almost impossible to decide what to make of the news. Of course the family name is known for all the wrong reasons, but there is no suggestion that they were directly involved with any of Osama’s activities.

The story goes on to suggest that Prince Abdullah doesn’t have a lot of money personally, and had to rely on a loan from the Bin Laden’s to help secure his takeover of the club. 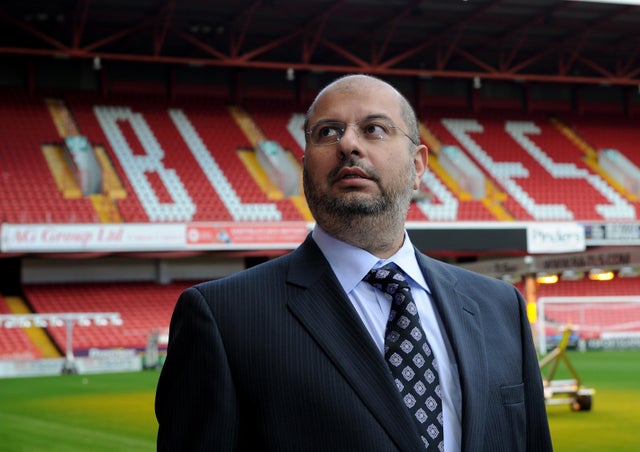 The main concern for the fans shouldn’t be the family loaning the money but the actual credibility of the Prince himself. The Daily Mail reports the Prince’s evidence didn’t go down well in court with the judge because of his poor recollection of events and the fact he hadn’t given a full picture of his dealings.

The Blades will be hoping this doesn’t prove to be a distraction on the pitch as they sit 15th in the league and will hope to at least survive this season.

Surely everything will turn out okay, after all, the authorities have a strict fit and proper persons test new owners have to go through, and I can’t recall any recent events where that’s come back to bite them…