You can get a stat to show you pretty much anything if you frame it correctly, but sometimes there’s just no hiding from a bad result. A famous quote from former Aberdeen manager Ebbe Skovdahl once said ” Stats are like miniskirts, they give you good ideas but they hide the most important things.”

Unfortunately for Real Madrid, this stat shows all the gory details of their toothless attacking performance vs PSG tonight.

Madrid failed to get a single shot on target for the first time in a decade. 578 matches. https://t.co/JdeCXTlco2

READ MORE: “Only a matter of time” These fans react to possible Mourinho return to Real Madrid after horror showing vs PSG

This could be an even bigger problem for Zidane because it’s Real Madrid we are talking about. This is a club that has sacked managers despite winning titles because they didn’t like the style of play. Not being able to trouble the opposition keeper is unlikely to sit that well with fans or club chiefs.

Zinedine Zidane’s men went down 3-0 in Paris and the result was completely deserved. They were poor and looked completely inferior to PSG who were missing Mbappe and Neymar and Cavani from their squad.

If you want to make it look even worse for Zidane you could put it like this – Real Madrid lost to a PSG side who were missing their entire first choice front three, featured former Stoke reject Eric-Maxim Choupo-Moting AND they couldn’t even manage to get a shot on target. 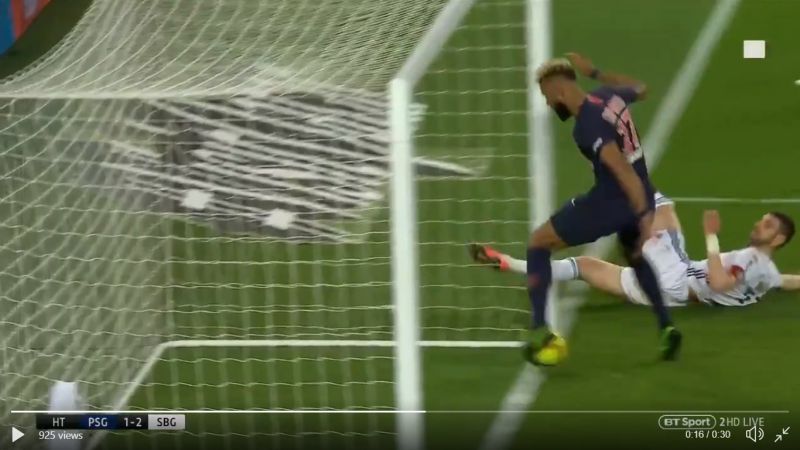 A chance to relive this miss from Choupo-Moting

If ever there was a club who would overreact to a result it’s Real, so fully expect to see a lot of paper talk about Zinedine Zidane losing his job over the next few days. They also face a tough trip to Sevilla this weekend which could prove to be the final nail in Zidane’s coffin.