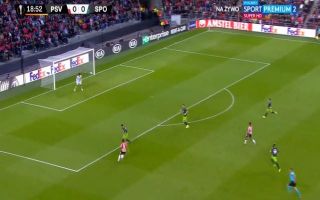 For a club famous for giving chances to their youth players, Arsenal have been letting a lot of great players go recently who have started to excel. Jeff Reine Adelaide has been impressive with Lyon and Donyell Malen has truly broken through in Holland.

He moved from Arsenal to PSV in 2017, but nine goals in 12 games so far this season has left Arsenal fans questioning if they made a mistake letting him go.

He scored another nice goal for PSV tonight in the Europa League vs Sporting:

Incredible goal from the man. After scoring 5 goals this past weekend, he scores in his opening Europa League game.

Also what an assist from Mohammed Ihattaren (17)!