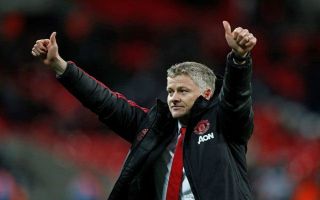 Borussia Dortmund star Jadon Sancho has said that he is not sure about the future amid Manchester United transfer links.

The 19-year-old is among the finest young talents in world football at present thanks to his terrific performances for the BVB. Sancho has netted 17 goals and 29 assists in 62 appearances for the Bundesliga club. He has started this season quite strongly, scoring three goals and providing six assists in seven appearances across all competitions.

Sancho’s performances for Borussia Dortmund has attracted the interest of Manchester United with Manchester Evening News and many others linking him to a £100 million move to Old Trafford.

Borussia Dortmund Sporting Director Michael Zorc said that the teenage winger is not for sale while speaking to Viasport. As quoted by Manchester Evening News, the former German international said: “They were asking us for a meeting. Sancho is not for sale.”

ZORC: – Manchester United were asking us. We didn’t talk to them.

Sancho hasn’t said anything regarding a move to Manchester United but he isn’t too certain about his future with Borussia Dortmund either. While speaking to Viasport (via Sky Sports), the England international said: “I can’t predict the future, I just take things game by game. I just want to give 100 percent for BVB and obviously I want to win titles.”

This statement from Sancho doesn’t quite hint towards a move to Old Trafford but Manchester United might have some hope of roping him in. The England international has been in terrific form so far and his addition will definitely bolster the Red Devils’ squad.