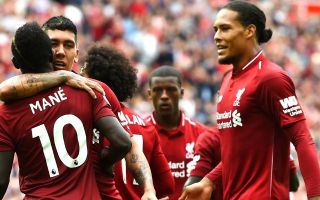 ESPN Pundit Shaka Hislop is of the opinion that Virgil van Dijk could leave Liverpool for Real Madrid or Barcelona if they win the Premier League.

Van Dijk has become an integral player for the Reds since joining them from Southampton. The Dutchman has so far made 80 appearances for Liverpool, scoring 8 goals and providing 5 assists. Van Dijk’s performances for the Merseyside club has led to many regarding him to be the best defender in the world.

Last season was a memorable one for the Netherlands as Liverpool won the Champions League and he won several individual accolades. Van Dijk won the PFA Player of the Year award and was adjudged the Premier League Player of the Season.

Last month during the Champions League draw, the Dutch international won two more prizes- the UEFA Defender of the Year and the UEFA Men’s Player of the Year.

Hislop feels that Liverpool winning the Premier League might result in van Dijk preferring a move away from Anfield. As quoted by the Express, the former goalkeeper said: “The only way I can see Virgil van Dijk leaving is if Liverpool go on and win the Premier League and he says ‘I have done everything I can here, I want a new challenge’. Again, whether Van Dijk feels that way or not, I don’t know.

“But if he doesn’t, that’s the only way it happens. Because as far as I’m concerned he is at a fantastic football club. Maybe Liverpool aren’t of the size of Real and Barca, certainly not right now. But they are a big club in world football.”

There’s no doubt that clubs will be interested in signing van Dijk but Liverpool will try their best to keep him at Anfield at least till his current contract runs out.

Video: ‘We don’t think about that’ – Liverpool looking ahead to the Merseyside derby and not for revenge says Klopp
More Stories Virgil van Dijk