This European star has admitted being ‘frustrated’ at this current club, the ace is a target for Premier League giants Manchester United and Arsenal.

According to Mirror Football via French outlet RMC Sport, Paris Saint-Germain star Thomas Meunier has revealed that he has ‘frustrated’ at the Ligue 1 champions.

The 28-year-old opened up about his lack of game time for the Parisians and subsequently opened the door to a Premier League switch.

The Belgian star was an unused substitute for Thomas Tuchel’s side in the three games prior to their Champions League opener against Real Madrid.

The Sun report that both Arsenal and Manchester United are interested in the ace.

The star’s contract with the French giants expires next summer and Inside Futebol have tipped the defender to make an exit from Paris in the January transfer window.

The Belgian right-back combined with Juan Bernat to score after a superb counter-attack from PSG, the pair really teased Real Madrid with this buildup to the goal. 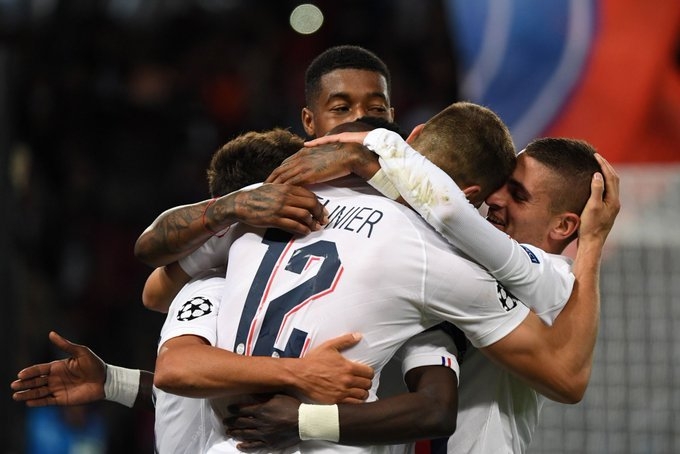 Meunier and his PSG teammates celebrating against Real Madrid.

Here’s what Meunier had to say on his future:

“My philosophy and mentality have never changed,”

“I have been saying since my first steps here at PSG that I would be devoted to the club until the end of my contract or more.

“He [Tuchel] will be able to count on me.

“Sometimes it is a bit frustrating and the happiness in football is in playing.

“But choices have been made and the coach will take his own decisions.”

Both Unai Emery and Ole Gunnar Solskjaer’s main priorities with their clubs have been transforming the shaky backlines.

Arsenal are in more need of defensive reinforcements given the lacklustre performances of David Luiz since he joined on deadline day.

Meunier has a wealth of experience at the top level but a move to the Premier League could see the ace shifted to left-back as United and Arsenal already have superstar right-back’s for the future in Wan-Bissaka and Hector Bellerin.