Barcelona’s youth system is famous for producing so many great players, but they also seem to produce a lot of promising players who don’t manage to live up to the hype. We’ve seen guys like Jeffren, Munir and Sergi Samper burst onto the scene and then exit pretty quickly.

Another player you could put into that category is Isaac Cuenca, he looked set for a promising career at the top before falling off and bouncing around some lower league teams. We’ve just seen Ansu Fati break into the first team, so Cuenca has offered him a key piece of advice to help him succeed:

What Cuenca says is Ansu Fati mustn’t watch or pay attention to any kind of newscast. The implication is that if he pays attention to any hype or criticism he receives, then it could distract him and hinder his development.

This advice is particularly important when you consider the state of the Spanish football media. The newspapers seem to devote themselves to Real Madrid and Barcelona and wan’t to create some sort of sensational news story at all times.

This also includes building players up just to cut them down at a later date. There seems to be an odd fascination with trying to drive players away from the big clubs so they end up signing some big name replacements. Real Madrid are the worst for constantly trying to move players on and make big signings. 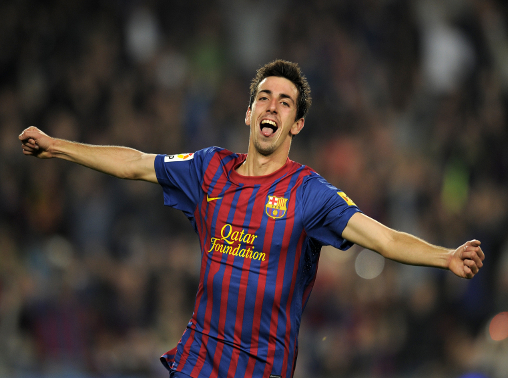 Isaac Cuenca didn’t cut it at the top level

Fati certainly looks like a potential superstar based on what we’ve seen so far. He will face a lot of pressure as the honeymoon period ends and he becomes a fully established member of the senior squad.

He’s also expected to lead Spain to glory in the U17 World Cup next month, so that could generate a lot of media attention. Basically the advice for him is just concentrate on your football and ignore what anyone says about you.

Barcelona wonderkid beats out Real Madrid target to be named the best player under 20 in world football February 12, 2021 16:33
FC Barcelona