I’m not sure if you can really call a 3-0 win a thumping victory, but this is as close as it comes. PSG outplayed Real Madrid and completely dominated them.

It was a great night for some former Real Madrid players, Angel Di Maria was outstanding and Keylor Navas enjoyed watching his teammates putting his old team to the sword. Unfortunately Zidane’s side couldn’t muster a shot on target, so he had a fairly quiet night.

That didn’t stop him producing this outstandingly smug and cheeky wink to his old teammate Thibaut Courtois after the game: 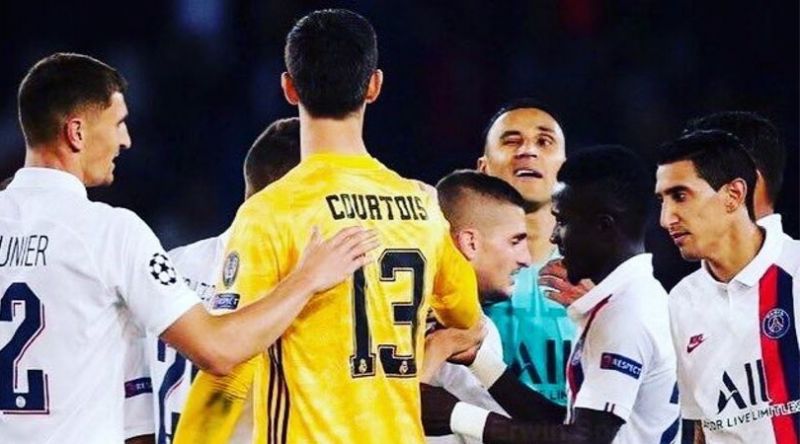 Courtois was Real Madrid’s no 1 instead of Navas so he had little choice but to move and look for first team football. The smugness on the face of the Costa Rica international is outstanding.