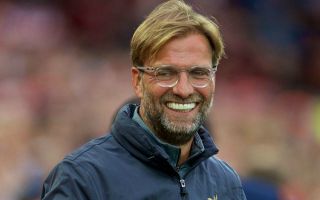 Robbie Savage feels that Liverpool have an advantage over Manchester City due to the presence of their front three which he thinks is the best in the world.

Mohamed Salah, Sadio Mane and Roberto Firmino have all played a major role in the Reds becoming an elite force in Europe again. Since the 2017/18 season, the trio have scored a total of 178 goals across all competitions and are undoubtedly one of the strongest attacks in the world if not the best.

Savage feels Liverpool’s front three is the best in the world and they are the reason why the Reds could finally end their long wait for a Premier League title.

In his column for the Mirror, the former Welsh international wrote: “Let’s put it out there — Liverpool are going to end 30 years of hurt in the title race because their front three is the best in the world. As a unit, right now I would take Mo Salah, Roberto Firmino and Sadio Mane ahead of any forward line.

Liverpool sure have a very good chance of winning the Premier League this season. The Reds are already five points ahead of Manchester City and are yet to register a winless result in any match. Salah, Mane and Firmino have netted 12 of Liverpool’s 18 goals and we are bound to see the trio net several goals as the season progresses.

After suffering their first defeat of the season this week, Liverpool will hope to get back to winning ways tomorrow when they take on Chelsea.