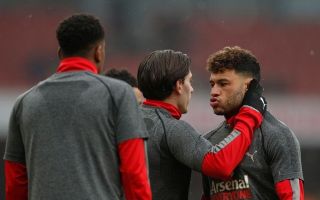 Liverpool star Alex Oxlade-Chamberlain sent a classy message to former teammate Hector Bellerin yesterday after the ace made his return from a eight-month injury layoff to play for the Gunners’ Under-23s side.

Oxlade-Chamberlain was at the north London club for six years, arriving as a fresh-faced 17-year-old from Southampton. The versatile midfielder was sold to Liverpool for a fee of £35m two years ago, as per BBC Sport.

Take a look at Bellerin’s social media post below:

Take a look at Oxlade-Chamberlain’s reply to his pal below: 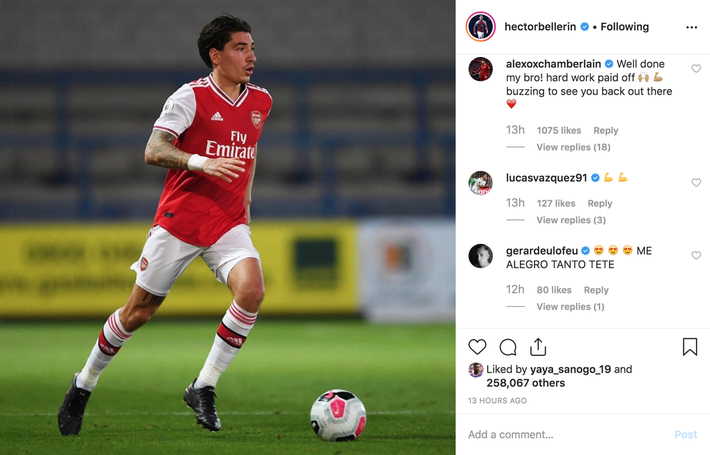 Here’s how some Arsenal fans reacted to the England international’s message to his former teammate:

Alex Oxlade-Chamberlain’s comment on Héctor Bellerín’s post from this evening: ‘well done my bro! Hard work paid off???? buzzing to see you back out there??’.

Truly one of the good guys. Top man.

He’s been there so he knew how hard it was for him ?

I think we should genuinely cut him some slack when we play Liverpool. I mean, even after the CL Final he said the “Once a gooner” thing but idk ????

I would, hes still one of us

Oxlade-Chamberlain has only recently returned from a similar injury to Bellerin’s and the England international is working hard to break into Jurgen Klopp’s midfield three.

The 26-year-old’s lovely message shows just how much of a class act the ace is, the hard-working midfielder is a valuable member of the Liverpool squad and is a reliable servant to the England team.