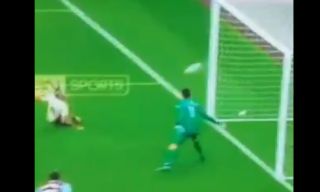 The Red Devils went 1-0 down shortly before half time, but opened up West Ham here as Mata was found unmarked from close range.

It's an unbelievable chance for Manchester United but it's off-target! ?

Unfortunately, the Spaniard somehow fired his shot wide of the target when it looked easier to score, much to the despair of MUFC fans.