Manchester City star Bernardo Silva has not taken well to being slammed over an earlier tweet that he has since deleted.

See below for a screen grab of Silva’s original tweet meant as a friendly joke aimed the way of his team-mate Benjamin Mendy.

The images show a young picture of Mendy next to a mascot for a Spanish chocolate peanut brand, which certainly looks a little distasteful and similar to outdated imagery that plays up to offensive racial stereotypes. 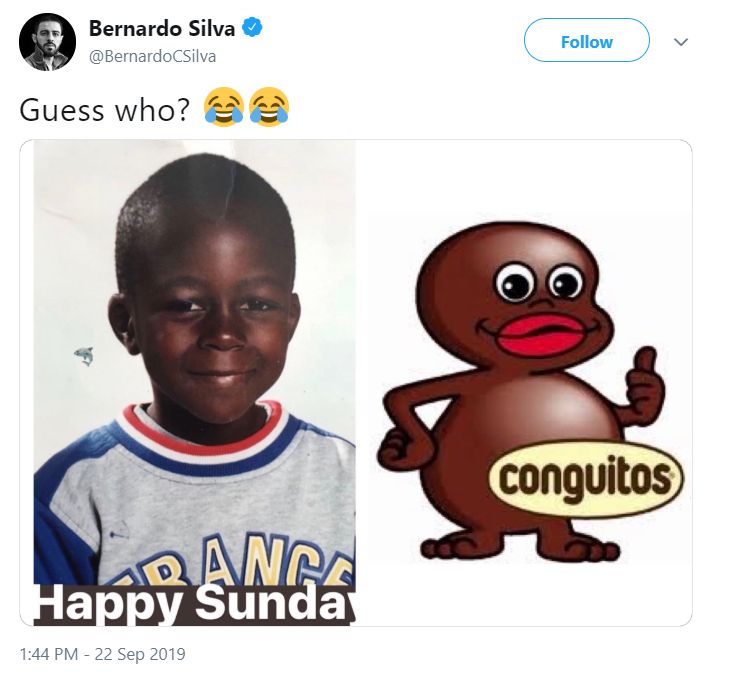 I don’t think Bernardo Silva meant to be racist, but the ignorance is on a different level ????

Silva thinks being racist is ok if it's a joke. https://t.co/l9ztBI1hfq

It’s worth noting that Mendy himself responded to the joke and seemed to find it funny, but many fans called out Silva for what they felt was a racist tweet.

The Portugal international has since tweeted again, hitting out at those criticising him by saying: “Can’t even joke with a friend these days”

While Silva clearly wasn’t being malicious with his tweet, he might perhaps do well to take on board what people have been saying, rather than seeking to imply that people can’t take a joke.

It is not altogether surprising that some people will have found this image offensive and a simple apology would probably have been the best response to calm things down.