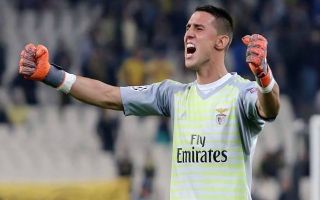 The Greek international joined the Portuguese club from Panathinaikos last summer and has so far made 57 appearances for them so far, making 24 clean sheets. According to Calciomercato, Manchester United are interested in signing the 25-year-old custodian. The report also claims that AC Milan are eyeing a move for Vlachodimos should Gianluigi Donnarumma leave.

The Greek international has started this season really well, keeping four clean sheets already. He is undoubtedly among the finest goalkeepers in the Primeira Liga and would be a suitable backup to David de Gea. However, Vlachodimos wouldn’t receive many first time opportunities except for Cup matches perhaps. We have all seen how much game time Sergio Romero is getting at Old Trafford and the same would happen with the Greek international if he moves to Manchester United. Hence, it would do well for Vlachodimos if he doesn’t move to Old Trafford. 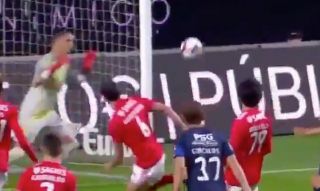 Video: Benfica goalkeeper’s horror blunder as he leaves free-kick and watches it hit back of net
More Stories Odisseas Vlachodimos

Video: Benfica goalkeeper’s horror blunder as he leaves free-kick and watches it hit back of net March 12, 2019 6:34
Benfica