There’s so much money in football now that throwing millions at a youngster is almost seen as acceptable. It’s so easy to overlook that it will pile immense pressure on someone who is essentially still a kid, and it makes you look foolish if it doesn’t work out.

A report in AS took a shot at Real Madrid and their transfer policy today after it emerged €40m Summer signing Rodrygo wouldn’t be making an appearance for the first team away to Sevilla or for the B team this weekend. This is despite him being fit and ready to play.

It’s not the first time Real have come under fire for they way they hoard young players and how they treat them. Martin Odegaard joined Real Madrid in 2015 and was billed as one of the best young players in the world. Since then, he’s only made one La Liga appearance and finds himself on this third loan spell away from the club.

READ MORE: Video: Fantastic Benzema header could save Zidane after an awful week

There was no better indication that Real Madrid was not a good place for young players to develop than when The Daily Mail reported the Spanish media had refused to give Odegaard a rating in their match report after a particularly poor performance. That level of pettiness was directed towards a then 16 year old, no wonder his confidence was shot.

It also shows the sorry state of their media reporting if a kid who’s just moved from another country is seen as fair game for actual adults to try and sell papers.

Ruined by Madrid so far

That brings us to Rodrygo, one of the stars of the Brazil youth teams and having played over 80 games for Santos. What kind of message does it send to potential young signings that someone signed for big money can’t even get into the B team?

You could argue that it shows you need to earn your place in the team, but if I’m a promising youngster looking to take that next step, no way would I want to move to the Bernabeu after looking at their current track record on how they treat youngsters. 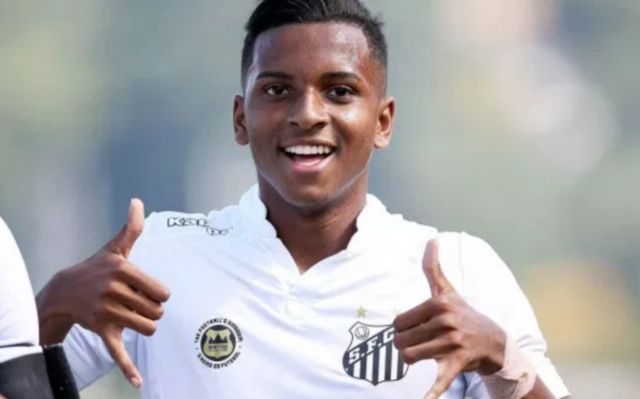 A star at Santos but possibly already regretting moving to Madrid