There are fairly few examples where replacing someone with absolutely no one is a wise choice. Perhaps no one would have been better when Wayne Bridge played for West Ham and completed no passes and scored the own goal in 1-0 loss, but it’s certainly not worked out for Man United after selling Romelu Lukaku.

There was an air of optimism at Old Trafford as the season began. The Belgian striker moving on would mean that Rashford and Martial would get a chance to play through the middle and it could transform the team.

READ MORE: Worst defensive run in over 15 years shows why Manchester United are so awful away from home

Neither player has shown enough to prove they need to be the number one choice for Ole Gunnar Solskjaer going forward, but the lack of any alternative means that’s all they have.

It’s not gone down well with Samuel Luckhurst on Twitter either:

The latest wave of criticism comes after a 2-0 defeat away to West Ham as the strike force came up short again. It speaks volume when Daniel James has been the most obvious attacking threat despite only stepping up from the Championship this season. He looks promising but you can’t pin all your hopes on him. 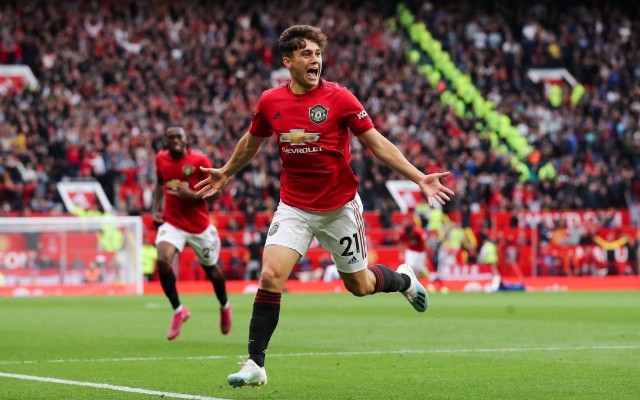 James has been the main positive so far

It also brings the United recruitment policy into question again. It looked fairly obvious that Lukaku would be due to leave this Summer, but there was no obvious sign of a plan to replace him.

Going forward it’s unlikely they would manage to sign someone in January who would go on to make a huge impact. Any top player won’t want to move so close to the European Championships next Summer and younger prospects may want to hold out until the Summer

The season could already be a write-off and it’s not even October yet.