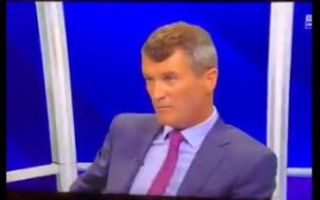 I know Roy Keane looks like the kind of person that doesn’t get excited by much, but you can almost see the sparkle in his eye when someone says something that he knows he can step in and shut them down for.

Say what you like about him, but he clearly has such a devout winning mentality that second place is losing as far as he’s concerned. You probably don’t need to tell me how he reacted to Jamie Carragher talking about “almost winning the league”:

To put it in context, the former Liverpool man was talking about how much of an impact Luis Suarez had as he almost won Liverpool the Premier League title.

Quick as you like, Roy Keane was only too pleased to point out that Carragher and his team didn’t win the league and tried to move the conversation back towards Man United.