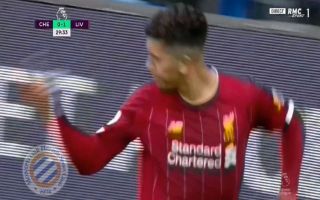 Hands up anyone who is surprised that Jamie Carragher strongly agreed with the VAR decision to disallow Chelsea’s equaliser against Liverpool this afternoon?

To be fair the Chelsea player’s shin was probably offside. Things got doubly bad for Frank Lampard as Liverpool went straight up the other end to put themselves 2-0 up.

Firmino scores vs Chelsea to make it 2-0. The celebration with Van Dijk just made my day. ? pic.twitter.com/xcEtKT6LWv

It’s been a mixed few days for Frank Lampard after a thumping victory over Wolves was canceled out by a midweek loss to Valencia. The only thing that can make this worse for Chelsea right now is another missed penalty after an argument between potential takers…