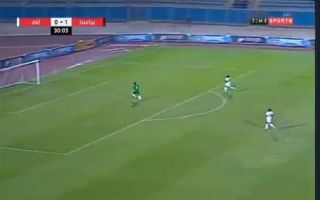 Not going to lie to you here, I’m not entirely sure who this goalkeeper is or the teams involved. I’m fairly confident the action took place in Egypt but in a way it doesn’t even matter.

The clip initially brings up memories of Dejan Stankovic’s goal against Schalke after Manuel Neuer made a flying headed clearance but was immediately punished as the Serbian fired it back over his head.

This guy doesn’t suffer the same fate after he manages to recover and produces a heroic effort to divert the ball over the bar:

That’s a save of the season contender right there.