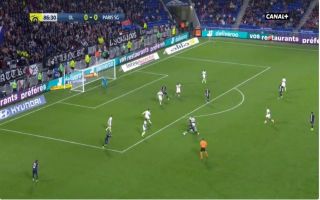 There’s no better way to turn fans against you than throwing a strop and demanding to leave. The real question is how do you get those fans back on your side afterwards? Two late winners in two games is a pretty good start.

Following his fantastic over head kick to win their game last week, Neymar produced yet another moment of magic tonight to win the points late on against Lyon.

He looks surrounded but his world class ability is on show as he manages to engineer a yard of space and leaves the keeper no chance by finding the bottom corner:

FFS man Neymar's truly the second best player in the world rn. What a goal pic.twitter.com/RsrEYelzOU

And this time It's Lyon fans
They throwed trashes? on Neymar
They Booo him repeatedly for whole match
But at last they got a Knockout punch ? from Neymar ?
Neymar once again scored a late winning goal for PSG with skill move & scored in Left leg ?
Feeling sad for Lyon fans ? pic.twitter.com/5xyYDZYKQ9

You can say what you like about him as a person, but his ability is still up there with the best in the game.