Arsenal goalkeeper Bernd Leno revealed what was said in the dressing room at half time as the Gunners came back from 2-1 down to beat Aston Villa 3-2.

Unai Emery’s side have not made the most convincing start to the season and were really poor in the recent 2-2 draw with Watford, when they lost a two-goal lead.

This time, however, Arsenal were able to come back after a bad start, and Leno shed some light over how the players responded to their difficult opening 45 minutes against Villa.

Speaking on BBC Sport’s coverage, as quoted by the Daily Mirror, the German shot-stopper says the players were positive at the break, feeling they had nothing to lose by going for it in the second half.

“I think the win showed a lot of our quality in our mind. In the dressing room we spoke at half-time that we had nothing to lose,” Leno said.

“We were already [losing] 1-0 and with one less player, and we can fight and we can win this game and the team showed a great response.”

Arsenal fans will be glad to see this clearly did something to spark the team’s revival, with goals from Calum Chambers and Pierre-Emerick Aubameyang turning things around at the Emirates Stadium in a real thriller. 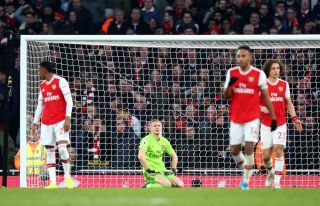 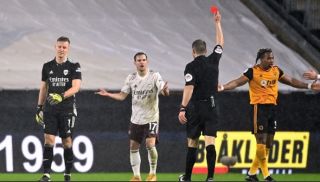